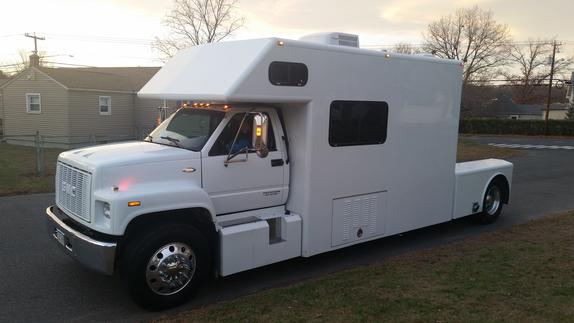 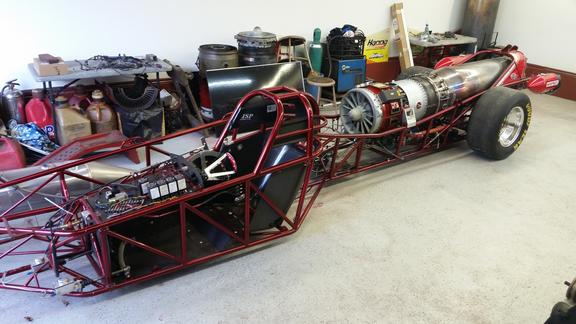 2016 will be anything but typical for the Hanna Motorsports jet team.  Many changes and new additions have happened making this season different than many in recent years.

The biggest change is obviously the announcement of new driver Sarah Edwards to the team making her the 5th driver of the famous Queen of Diamonds jet dragster.  The 23 year old will complete training starting in early April and earn her license as she will debut at Summit Motorsports Park and it’s Cavalcade of Stars at the end of May.  “Sarah’s energy and enthusiasm is awesome to be around and is contagious!” said Rich Hanna of his team’s new, young driver. “We are all excited to see Sarah’s potential as the sky is the limit for her. There is no doubt that she will be very popular”.

Along with training Sarah, there is testing the updated chassis modifications to the QOD II done by Dan Page Race Cars of Hampstead, NH. The dragster was shortened 10” and reinforced looking to add even more stability to the machine and of course the bonus of saving a little weight too.  Sarah’s form fitted seat was provided by Garvin Motorsports and her new QOD fire suit was constructed by Simpson Race Products. “The changes we’ve made have the car looking like a new car all together” Al Hanna said of the recent updates.  “We are excited to see how Sarah likes the new and improved machine.” Alterations have also been made to the inlet of the car as well to improve air flow and panels to direct air flow and reduce turbulence will be added behind the car’s unique pods.

Not only have there been changes on the track and drivers but changes in personnel too. Rich Hanna and the entire team are happy to see long time crew member Jeff Robillard returning as acting crew chief on the GOJO Hand Cleaner Machine. Jeff was forced to miss 2015 after rotator cuff surgery last March.  Paul Magliato has joined the team as well and will be crewing at the majority of races.  Paul is out of New York, only 2 hours from the Hanna home base and has even owned a jet powered quad for several years.  Paul has traveled the circuit and “knows the ropes” making his transition to the team transparent. Billy “Bones” Hankins has moved on due to family obligations.  The Hanna team thanks him for his years of loyal and dedicated service.

And lastly the team says goodbye to about the most well known part of the Hanna team, the 1991 Kodiak funny car hauler!  The truck was sold after giving almost 700k miles of great service!  “It’s actually sad to see her go, I’ve spent A LOT of time in that truck, lol!” Rich exclaimed.  But, out with the old and in with the new, the Hanna team purchased a 1997 Kodiak as its replacement with full lounge, bathroom and shower.  They will be breaking her in all up and down the east coast in 2016 for sure.

So there are many changes to the team for this season , some very public and some behind the scenes ones as well.  In doing so, The Hanna Motorsports team is always looking to upgrade, reinvest, create, innovate and provide the best, most reliable jet show in the country. The team invites you to stop by and check out the changes in person, meet the new members and be a part of their jet car experience in 2016!