Josh started his racing career at a young age working alongside his father and mentor on Bob Newberry’s Top Alcohol Funny Car. After Newberry retired, Josh and his family focused on his drag racing career. Josh has been a drag racer for 20 years now, starting in a Jr Dragster at age 9. Josh Raced Jr Dragsters competitively for 7 years, competing locally at Lebanon Valley Dragway and doing special events all throughout NHRA’s Division 1. He was crowned Division 1 Champion in August of 2008 at Capital Dragway. Following the 2008 season, Josh drove an Altered in Super Comp until the end of the 2018 season. All of Josh’s success is due to his parents always wanting more for him and encouraging him to reach for his goals and be successful. Josh currently works as a Business Development Specialist during the week. On his off time he enjoys spending time with his family, especially his nieces and nephew; playing golf; and skiing. Josh is extremely excited and honored to have the opportunity to drive the iconic and historic “Eastern Raider” Jet Dragster. Josh’s will and determination is insurmountable. He strives for greatness, and will stop at nothing to get there.

​Jake Slater is a 22 year old machinist from Broomall, PA.  He started racing at 16 after literally being recruited by Peter Gallen while riding his bike past Gallen's car wash to help with the nitro funny car. The rest would be history as Jake's involvement in the sport would snowball from there. He has traveled extensively with the Gallen team as the clutch expert. Jake is now employed at Boninfante Friction as the disk production coordinator. He has also worked with fiberglass and carbon fiber with Bob Rosetty. Jake's experience in drag racing (at such a young age) 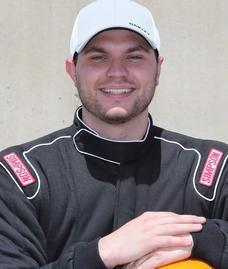 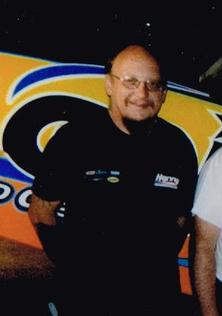 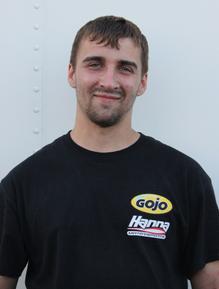 Jeff Robillard met Rich Hanna through their common workplace of Pratt & Whitney.  Jeff first started out in the Army and was stationed at Fort Belvoir, VA and attended the NCO academy as well as Air Assault School.  He has over 30 years with the Pratt working various jet engine pieces and respective machinery.  Jeff is a fan of NASCAR and worked with local modified teams at various tracks in the Northeast in the 90’s and early 2000’s.  Jeff traveled with Rich to a few races in 2005 and became Rich’s crew chief from that point on.  With his 30 years experience on jet engines, racing passion, military training and mechanical background/racing experience, Jeff has been a great addition to the First Strike and Hanna Motorsports team. 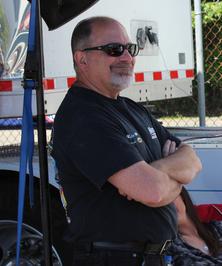 The “Top Secret Eastern Raider” Firebird - 2002 Pontiac Firebird center-driver position jet funny car. This is recognized as the highest tech jet funny car built in the history of the sport. The actual Eastern Raider name has been in existence since the late ‘60’s. The surname Eastern Raider came from the fact that the Hannas loved the Oakland Raiders pro football team and they were based in the east - thus the name Eastern Raider. The name is preceeded with the Top Secret title based on the car's high tech design and similar look to a fighter. Ken Hall has been driving this machine for over 14 seasons.

The "First Strike" Jet Funny Car - 1999 Pontiac Firebird side driver position jet funny car. This car is recognized as the fastest in the history of the sport. This is the only jet funny car in history to run in excess of 290 mph in the quarter mile (3x) and is the World Speed Record Holder at 295.08 MPH. 2nd generation driver Rich Hanna wheels the First Strike at 25 events per year.

​There is much to Hanna Motorsports. We are constantly looking to grow our business and branch out to other venues where motorsports can produce business. Hanna Motorsports is poised for the next decade. The Hannas, Al and Ellen, the original founders of Pro-Race, Inc. now proudly have eleven grandchildren. Are they the future of Hanna Motorsports? Only time will tell. 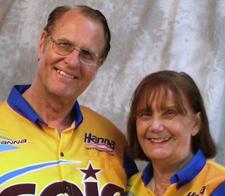 Gary Bengston of Somers, CT has been with the Hanna’s for over 20 years.  The team met him at a tractor repair company in the 90’s.  Al would make partnership with this company starting a new race trailer line dubbed “Raider Trailers”.  Gary built many of these fine trailers himself and his overall talent was apparent.  He became an active crew member of the Hanna Motorsports team traveling the countryside for many years since.  Gary raced locally when he was young at various circle tracks in New England and now owns his own business in Enfield, CT: Gary’s Autoworks doing anything from engine rebuilds to body work.  Gary also enjoys motorcycling and fishing.

Gary of Naugatuck CT is the newest driver of the Top Secret Jet Funny Car. Gary has always had an interest in drag racing, and jets in particular. In fact, Gary still has a handout from Al Hanna that was autographed in 1991 with Al adding, "Hurry up, see you on the starting line". Gary was 8 at the time. His interests in drag racing and mechanics came from his loving parents Michael and Donna. It was clear that he had a talent in mechanics from an early age. In middle school, Gary competed in the TSA- Technology Student Association Competition, winning state wide and placing fourth nationally. As a teen Gary continued to go to the drags and competed in motocross as well. He took up the hobby of high power rocketry flying rockets up to 90lbs at Mach1.5+ reaching altitudes of 20,000 feet. His other interests include building and driving motorcycles, skiing, bowling, barbecuing and downhill mountain biking. He is a talented welder/fabricator and works at Pratt and Whitey Aircraft in machine repair. All is done with the support of his girlfriend Erin. A chance meeting at the bowling alley with Al Hanna would get Gary involved with Hanna Motorsports. Gary crewed, traveled and worked at the shop with Rich for 3 years and alas, the dream as a child became reality when Gary got his chance to license in the Jet Funny Car. Gary would earn his license with a 5.76 @280.25mph, and now, as foreseen 30 years previously, will be on the starting line piloting a Jet Funny Car for the Hanna's. 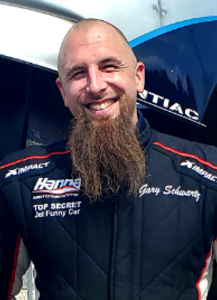 By weekday, Rich Hanna is a jet engine machinist at Pratt & Whitney in Middletown, CT. By weekend, he is the "World Speed and ET Record Holder" in the Jet Funny Car category. He has been professionally drag racing for 25 years and found his love for the sport at a young age while crewing for his father’s Nitro Funny Car team. Rich is a multifaceted young man with a wide variety of interests. He enjoys bowling, a past time that once interested him as a profession. When his first race car was built, he decided on the name "First Strike" symbolizing his first venture in professional drag racing and, naturally, his passion for bowling. Rich is also a very talented artist and enjoys heavy metal music and golf. Rich is married and has three beautiful children, JR, Alan and Megan. ​They are his inspiration in all of his life’s goals and achievements. Rich’s racing career began at 19 when he won his nationally televised debut race at Gainesville Raceway in Florida. He has since met the challenge of every competitor, holds over 50 track records (a best of 5.42 @ 295mph) and, furthermore, he is ever determined to stay at the top of his category. 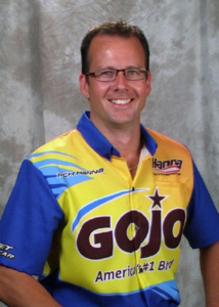 Our parent company, Pro-Race, Inc. is a Connecticut based corporation founded by Al and Ellen Hanna in 1978. Members of our company include President Al Hanna, Vice President Rich Hanna, Secretary/Treasurer Ellen Hanna, Engineer Scott Hanna, Driver: Ken Hall  and a group of loyal employees all working to make our company grow.

Welcome to Hanna Motorsports. We are a professional motorsports business featuring three jet-powered exhibition race cars appearing across the US.