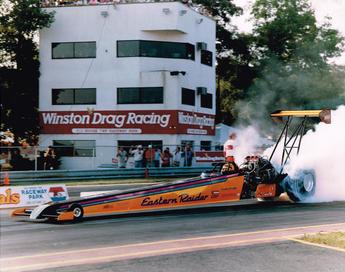 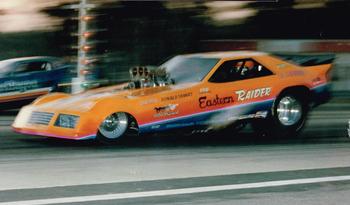 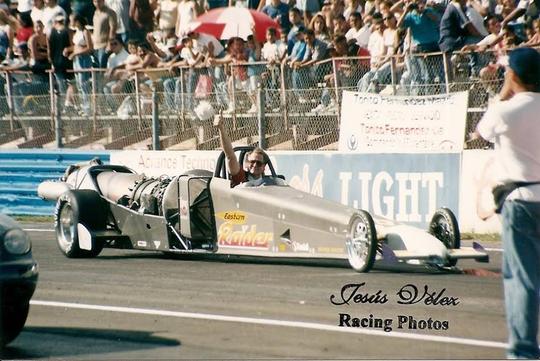 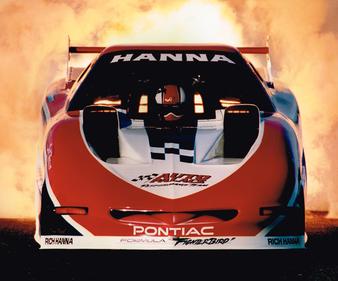 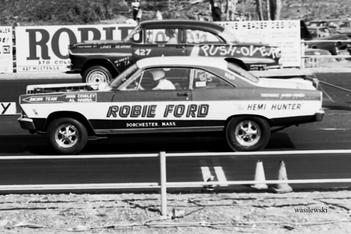 2016 will mark Al Hanna’s 50th anniversary in the sport of drag racing.  Al’s dream of racing started in high school building models of street cars and quickly evolved in belonging to local car clubs in his teens.  Al would also frequent all of the area’s race tracks every Friday and Saturday night such as Riverside Park and Connecticut Dragway with his wife of 53 years, Ellen.  It was when Al saw funny cars racing at the Colchester strip that the fire was lit, and he knew he had to behind the wheel of one of those awesome machines.  Al raced 1 of 50 Ford Fairlanes produced in 1966 from Robie Ford and one year later, Al’s dream would become a reality piloting his first funny car, the Phantom Cuda.

Since then, nitro was in Al’s blood as he ran his famed “Eastern Raider” funny cars for almost 20 years into the early 80’s.  The escalating cost of fuel racing coupled with a terrible robbery of the entire race car operation in 1981 forced Al into a different direction in the sport building his first jet funny car in 1983.  Jets were new to Al and very foreign to say the least.  It took over a season to even get his new machine running and a bad fire during licensing was another huge set back at a time when things almost seemed like they couldn’t get worse.  Al and Ellen forged on getting a new jet funny car back on the track as the married couple “always had a race car in the garage”, Ellen said. In 1989, Al’s itch for nitro did get him back into the driver’s seat behind the wheel of a Top Fuel machine partnering with Don Marshal.  Although it was short lived, it was a memorable experience behind the wheel once more clocking times in the 5.20’s.

Al’s 30+ years career in jets has been prolific and changed the sport in many ways.  From his competitive nature he brought with him from the nitro category to innovations by him or his eldest son Scott, jet cars would change for the better becoming a very well respected class of professional racers and cars.

His family has always been involved in the sport as well.  In 1978, Al and Ellen formed Pro Race, Inc. which has now been at CT corporation for almost 40 years.  Eldest son Scott was a mechanic on Al’s later nitro funny cars, crew chief on the early jet funny cars and an innovator in the category developing the use of RacePak in 1990 and the extended bellmouth seen on all of the jet funny cars today just to name a few.  Scott was a top mechanical engineer at WPI and now works for FedEx as an on-wing engineer.  Youngest son Rich would follow in his father’s footsteps earning his license in 1993 and would become the quickest and fastest jet funny car driver in history.  Rich is still Al’s right hand man today maintaining the 3 car operation as well as driving one of the jets.

The Hanna’s would add a 3rd car to their stable in 1997 with the Eastern Raider jet dragster which Al first piloted (this would make Al one of only 2 drivers to ever be licensed in T/F, F/C, jet dragster and jet F/C).  In 1998, the car would famously become the Queen of Diamonds (named by Ellen) and would have an amazing run of becoming the most well recognized and prolific jet dragster in the country.  Recently, Sarah Edwards was named the 5th woman driver of the machine for the 2016-2017 seasons.

There are too many accomplishments, awards and achievements that Al has enjoyed over the 50 years of drag racing.  His longevity in the sport is matched by few.  Al’s same passion that he had building models as a young teenager lives on today as his team once again prepares for another exciting season of racing.  2016 is 50 years in drag racing for Al and Ellen, but as history would show, it probably won’t be their last!