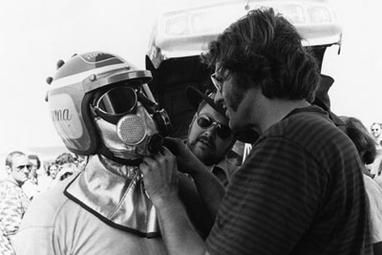 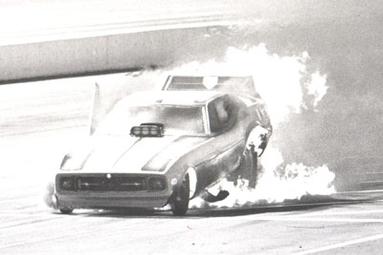 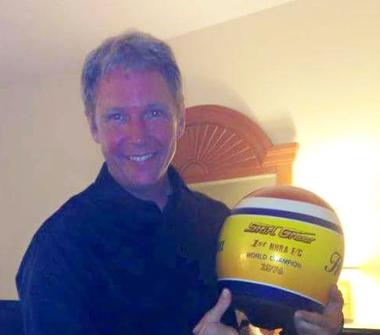 This year marks the 25th anniversary of the International Hall of Fame banquet founded and organized by “Big Daddy” Don Garlits. The IHOF is known amongst the drag racing community as the most distinguished of its kind in the country. The event is held in conjunction with the NHRA Gator Nationals in Gainesville, FL.This year, one of the (7) inductees to be honored is Shirl Greer.  Shirl was the first ever NHRA nitro funny car champion in 1974.  Shirl passed 5 years ago, and accepting on his behalf would be one of his (3) sons, Brian.  Each inductee is preceded at the banquet by a guest presenter, and Brian Greer asked Al Hanna to be Shirl’s presenter for this honorary occasion.Al raced nitro funny cars with Shirl in the 70’s. Both traveled the circuit with their f/c’s spending countless hours on the road together and became great friends along the way. Shirl was in the points chase for the first ever NHRA world championship in 1974. The final race and the title would be decided at the Super Nationals at Ontario Motor Speedway, CA. Other contenders for the title were Don “the Snake” Prudhomme and Paul Smith.A terrible fire during qualifying sent Shirl to the hospital and destroyed the “Chained Lightning” mustang. Al, who had not qualified for the race, saw one of Shirl’s crewman in the pits and asked about the situation.  They said that the car was totaled and the championship was lost.  Al asked to see the car, and immediately said that they could fix it if Shirl could get out of the hospital.  The rest was drag racing history.Al’s team, Shirl’s crew and Paul Smith’s team took the burned heap to Steve Montrelli’s engine shop to start the rebuild. After a sleepless night by all, the car rose from the ashes.  Shirl returned from the hospital the following morning in amazement of the car that was resurrected. Shirl’s firesuit equipment was destroyed so he even wore Al’s firesuit to race in, as both were large men in stature. He drove the battle scarred machine to a first round victory over Leroy Chadderton and won the title as the first ever NHRA nitro funny car world champion!The IHOF banquet was a gala affair with all of the biggest names in the sport.  Al reminisced, “The last time I saw Shirl, he signed a picture for me signing ‘to my brother’. Shirl was a close friend of mine, tonight was emotional for me and a great honor as well.” Along with presenting the award to his son Brian, Al also presented the Greer family the actual helmet Shirl wore when he won the title.Next year 2016 will mark the 50th anniversary of Al Hanna’s career in the sport. A career that has made many friends and fans along the way, but no relationship that Al has made would ever be quite like the one ‘hostoric’ one he shared with his friend, Shirl Greer.