November 2018 - Enfield, Ct - Al Hanna, President of Hanna Motorsports, today announced the 2019 debut of the brand new "Eastern Raider" 300 MPH jet dragster. The car is currently in the building stage at Dan Page Race Cars, with delivery expected late January. "I created the "Eastern Raider" name in late 1969, and ran Nitro Funny Cars and Top Fuel dragsters under that name for many years", stated Hanna. "That name appeared nationally as part of the 'Revell All-Star Team', and the 'Coca-Cola Cavalcade of Stars', including many National Events and Major Track events in 46 states, Canada, Puerto Rico, and Brazil. Fans love the 'Eastern Raider.' This new car reaches back to our roots but, is still contemporary."

The new 'Eastern Raider' jet dragster features a combination of exotic materials, and high tech electronic systems making it a very unique 'race car'. "We are racers, and we've always approached the jet car category as racers" said Richard Hanna, driver of the World Speed and ET Record Holding 'First Strike' Firebird Jet Funny Car. "Our approach with the new dragster is no different", he added. We have support from several Marketing Partners including Teng Tools USA , Simpson Safety Equipment, some trick equipment from Sanders Engineering, and fuel system consulting with Kalitta Turbine.

Hanna Motorsports announces the hiring of a new driver as well. "We have chosen Josh Graham Marauszwski, 26, to drive this new machine", said Hanna. "He comes from a racing family, he has multiple competition category licenses, yet he's young and enthusiastic. We know he'll do great in this car". His drag racing career includes success in Jr dragsters for many years including a Division 1 championship, working with his Dad on Bob Newberry's alky funny car, acquiring licenses in 4 categories, and currently driving a low 6-second, blown 526" hemi-powered AA/Altered. His credentials speak volumes for his abilities in the cockpit. "We welcome Josh to our program", said Hanna.

"We expect the new machine at our shop late January, and there will be a short period of time for assembly, paint and lettering, said Hanna. "We'll then go through the training process with Josh. He's already been in our 'Top Secret' machine, and he's a natural. 'Top Secret' driver Ken Hall agreed, "He took to the systems quickly. Training should go very well."

The first event for the new dragster is the 'Super Chevy' event at Memphis International Raceway' in Memphis, TN early April. All three of the Hanna Motorsports jet-powered machines will be at that event. The dragster has a full schedule for 2019, and will be a very competitive machine with the top jet dragsters in the nation. 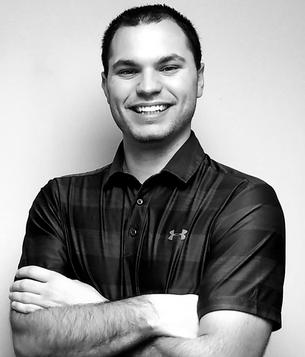